The Department of Education, whose checkered management record has spanned much of the agency's history and included employee theft of funds and uncollected student-loan debts, has made steady progress in shoring up its operations, according to federal and outside evaluators.

Some of the credit is going to Undersecretary Edward R. McPherson, the department's No.3 official, who has overseen such efforts since his arrival from the Department of Agriculture in April 2004. He said in an interview last week that the department has made significant leaps in creating strong management systems. The last few department audits done by private accounting firms have been clean, he noted. 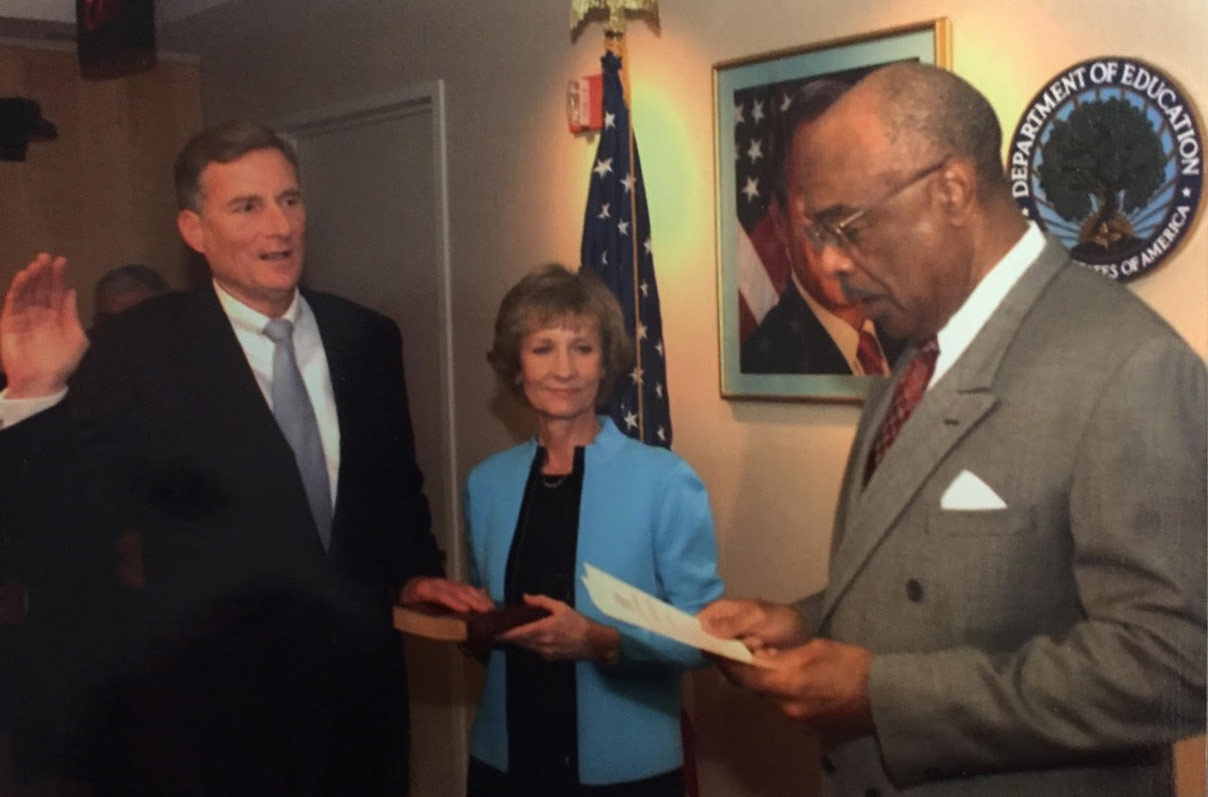 The federal student-aid office, the arm of the Education Department that operates the massive program of financial assistance for college, was removed earlier this year from a "high risk" list compiled by the U.S. Government Accountability Office, the investigative arm of Congress.

"The results are real, and they're hugely valuable," said Mr. McPherson, who will be leaving the department Dec. 31. He has not decided whether he'll stay in public service or return to the private sector. Before he joined the Bush administration in 2001, Mr. McPherson served as the chief executive of InterSolve Group, a Dallas management-consulting firm he founded.

Upon taking office nearly five years ago, President Bush and first-term Secretary of Education Rod Paige both stressed a need for improved management practices, in the federal government overall and specifically in the Education Department.

At the time, the department was reeling from scandals in which some employees had been charged with filing for false overtime payments and spending department funds for personal luxury goods. The student-aid office, which has $400 billion in assets and some 22 million customers, was widely considered to be in management disarray.

The situation was "really unacceptable," said Patricia McGinnis, the president of the Council for Excellence in Government, a Washington-based organization of former federal managers. "I don't think you can separate financial management from other elements of successful management," she said.

Mr. Paige put then-Deputy Secretary William D. Hansen in charge of making improvements. Mr. Hansen brought in Ms. McGinnis' organization, which served as an adviser in the process. At the end of 2001, the department released a blueprint for overhauling its management system. ("Report: Ed. Dept. Financial Steps Will Halt Abuses," Nov. 7, 2001.) .

Some of the goals outlined included new internal measures to keep track of the department's mandatory and discretionary funds, which totaled $71.5 billion in the 2005 fiscal year, and a more aggressive approach to collecting on defaulted student loans. In 2003, the department received a clean audit-only the second since it began operations in 1981.

"We think the results are very good so far," Ms. McGinnis said. "But this is an everyday challenge. You can't ever declare victory."

Mr. McPherson said in the Dec. 8 interview that the Education Department's "operating effectiveness has never been better."

When he came to the department from a stint as the chief financial officer at the Agriculture Department, he used his own management techniques to build on what had already been accomplished, he said. That included working within a new organizational structure established earlier this year by Secretary of Education Margaret Spellings, Mr. Paige's successor.

From Red to Green

Mr. McPherson, 60, said he's tried to focus on results for students and for taxpayers and to push federal officials to take ownership of the programs they oversee by holding them accountable for results. He also said he pushed for operations to run "at a constructively aggressive pace."

"We want to get to the essence of what is valuable and cut the time it takes to execute it," he said. "You get better outcomes with shorter cycle times."

Though the department has consistently improved according to President Bush's management scorecard, which rates federal agencies on various criteria, there are some categories in which the department has scored "yellow," meaning it has had mixed results, rather than the highest rating, green.

And there is one category in which the department has continually scored red, meaning it has failed to meet the program's goals. Though the department received a grade of green for incremental progress in "eliminating improper payments," it hasn't achieved all of its goals in that area so its overall status on the scorecard remains red.

Mr. McPherson said one piece of advice he would provide to his successor, who hasn't been named, is simple: "Focus on those things that really have the biggest value, and be bold in taking effective action. There's more risk in not being bold enough than in being too bold."