This month my wife Sally orchestrated a two-week adventure for us together with our two children, their spouses, and grandchildren (two girls ages eight and four), to Costa Rica.

A primary purpose was to attend two locations of the excellent CPI Spanish Immersion School for four hours of classroom instruction each morning for five days a week, first in the cloud-forest at 5,000 feet in Monteverde and the second week on the beach in Flamingo. Everyone thoroughly benefited from the outstanding language training, particularly the young girls who are cousins and both only children, thereby considering themselves “sisters”!

Most remarkable to me is the courage and initiative shown by the girls who fearlessly zip-lined literally through the clouds high above the forest, as well as bungee-jumping on the elevated “Tarzan swing” each by themselves under the supervision of experienced operators. While considering these activities, I sat down until regaining my senses, then passing on both opportunities, for which I would have been first in line when far less cautious years ago!

Beautiful daily rainbows high in the hills at Monteverde became a symbol for more possibilities and adventures beyond the comfortable and familiar, including hiking on thick forest paths, nighttime walks, and experiencing all aspects of a foreign culture. Riding the waves in Flamingo, seeing exotic animals and birds, and viewing a volcano added to family memories lasting a lifetime.

The imagery of the rainbows was complimented by Costa Rica’s spectacular sunsets implying that time becomes a scarce resource. 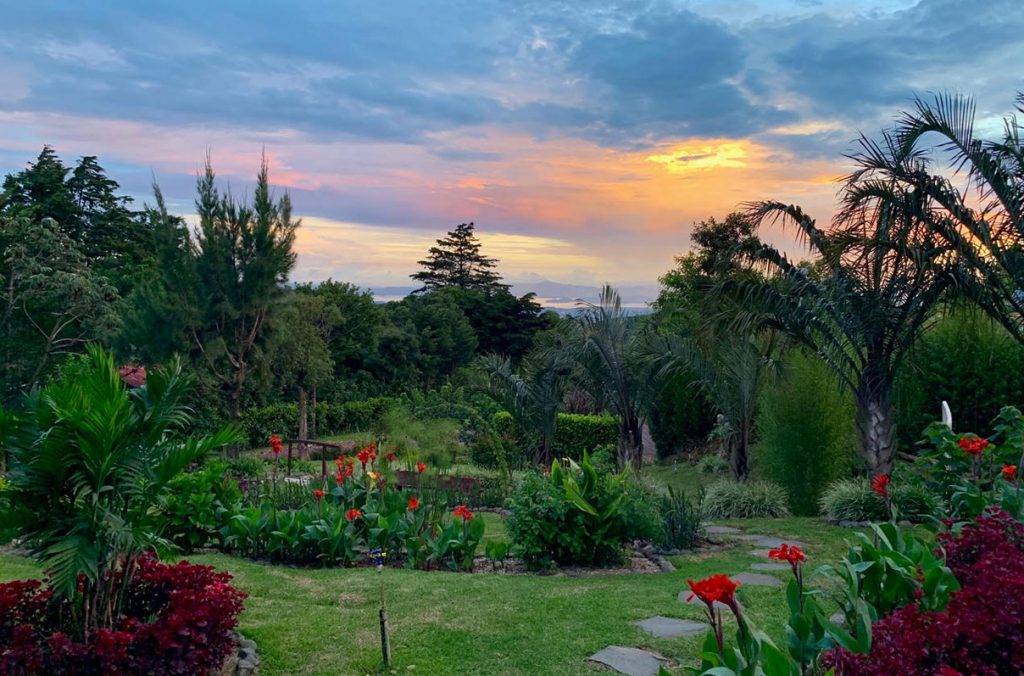 Sally and I have always made time for extensive family travel and adventures, including enjoying my historic home in Gettysburg, Pennsylvania together for fifty years, including over forty with our children, decades in the case of spouses, and many summers with grandchildren. Countless friends from all over the world have visited with us in that special place. In addition, other family trips include over a dozen foreign countries, many states, numerous cities, and other exciting destinations.

We look forward to continuing the multi-dimensional experiences from the gift of traveling as a family.

On a separate note:

A particularly meaningful “sunset” occurred shortly after our return from Costa Rica with the passing of Ross Perot, Sr., truly a great American leader, businessman, patriot, and philanthropist. Ross was my first client when I started my company InterSolve Group, Inc. thirty years ago in 1989. We worked directly together on projects involving critical advanced technologies, hydrogen fuel cells, and other business and special tasks for a short time before he focused on exiting EDS from General Motors and launching Perot Systems. His “invented life” is described in this link Ross Perot