Last month I was honored to make remarks and conduct wide-ranging discussions with the McDermott Scholars, who are students in one of the most selective undergraduate merit award programs in America, as part of the University of Texas at Dallas (UTD) Leadership Program.

In 2000 Margaret McDermott endowed $32 million to provide rigorous education, cultural enrichment, global travel, and leadership experience to the world’s best and brightest students in honor of her late husband Eugene McDermott, co-founder of Texas Instruments and the University of Texas at Dallas. 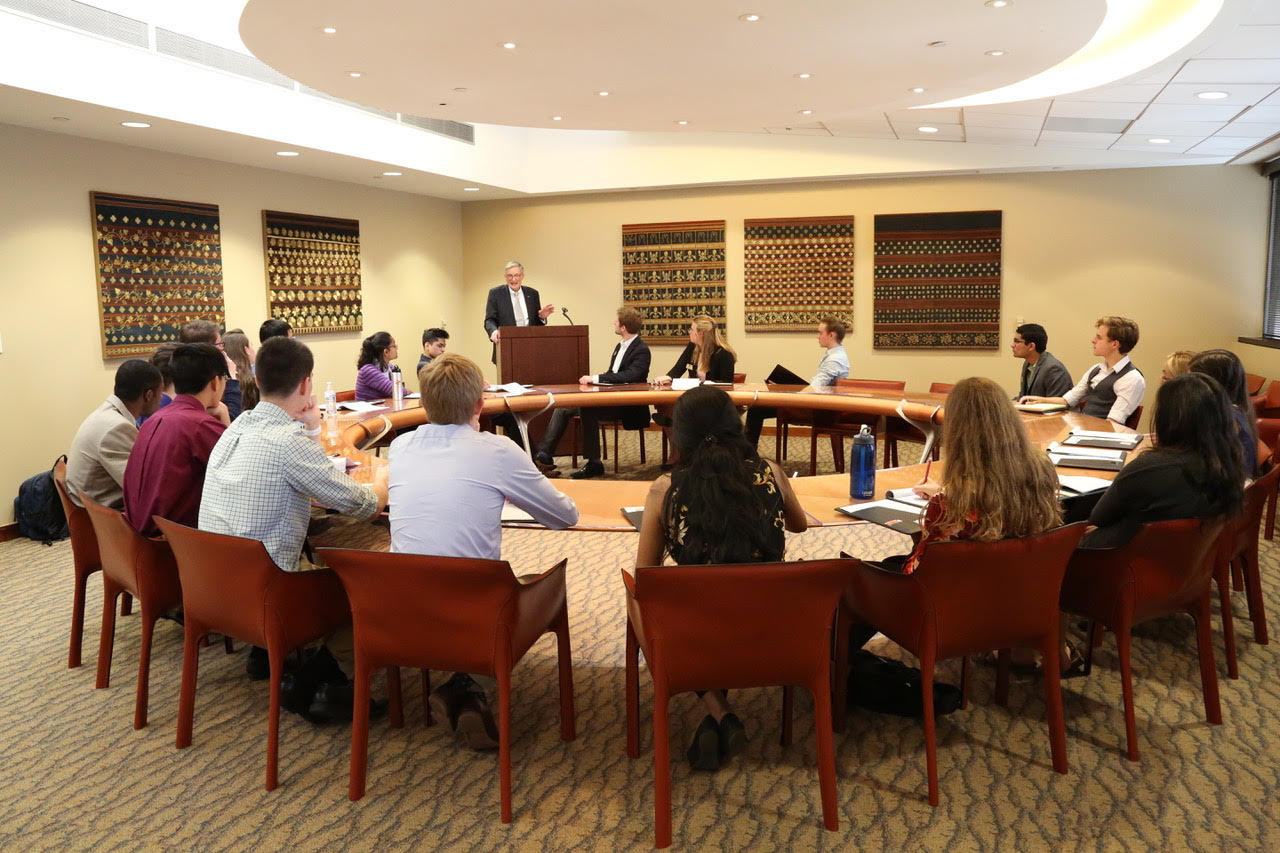 Each year 25 entering students, or fewer than 4% of 650 special applicants, are carefully selected to receive a full four-year scholarship to UTD as a McDermott Scholar.

The University of Texas at Dallas, now with 28,000 students, is ranked the #1 University in the United States under 50 years old and is well on its way to being a Tier I Research University.

After offering thoughts about “The Value of Being Unreasonable”, reinforcing one of Mrs. McDermott’s themes of achieving Big Goals, I then told stories about “Character” necessary for achieving valuable results in the real world.

A free-wheeling discussion of many topics then tapped into the voices, viewpoints, various experiences, academic priorities, and diversity and inclusiveness of this pleasant and remarkably accomplished group of young men and women. Far better for me to simply be a facilitator of and contributor to the discussion, rather than over extend my role as “a sage on the stage” with this group!

The McDermott Scholars are special to my wife Sally and me, having added many unique dimensions to our lives.

Our relationship started nine years ago when Mrs. McDermott, then at age 97, now still issuing instructions to UTD officials at 106, visited at Sally’s invitation with us in my historic family home in Gettysburg, PA, never having been to Gettysburg.

Mrs. McDermott stayed four nights, during which time she:

You can understand why she wore me out such that I took a nap as soon as she left for the airport!

… and why the McDermott Scholars are people of competence and character.